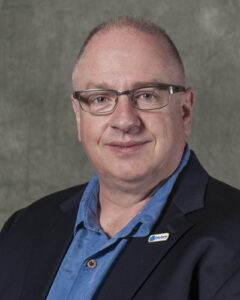 First and foremost New Media Productions is a small firm owned by Todd Cochrane who moved back to Branch County in June 2019 after having been away for 36 years.

Todd is a Quincy High School Graduate Class of 1983 and has a BS in Professional Aeronautics from Embry Riddle Aeronautical University. Todd served honorably in the United States Navy and retired as a Senior Chief Petty Officer in 2007 after 25 years of service.

Today he runs RawVoice/Blubrry Podcasting a company he founded that is one of the largest Podcast Hosting Services companies in the world which is based in Columbus, Ohio and he splits his time between Quincy and Columbus.

Todd was inducted into the Podcast Hall of Fame and speaks globally on Podcasting and the New Media space.  He consults daily with podcasters worldwide.

Todd is taking on select clients that are serious in utilizing online media to advance one’s company, group, or individuals who need to build reputation and authority to build one’s business. His combined companies represent over 80,000 content creators worldwide.